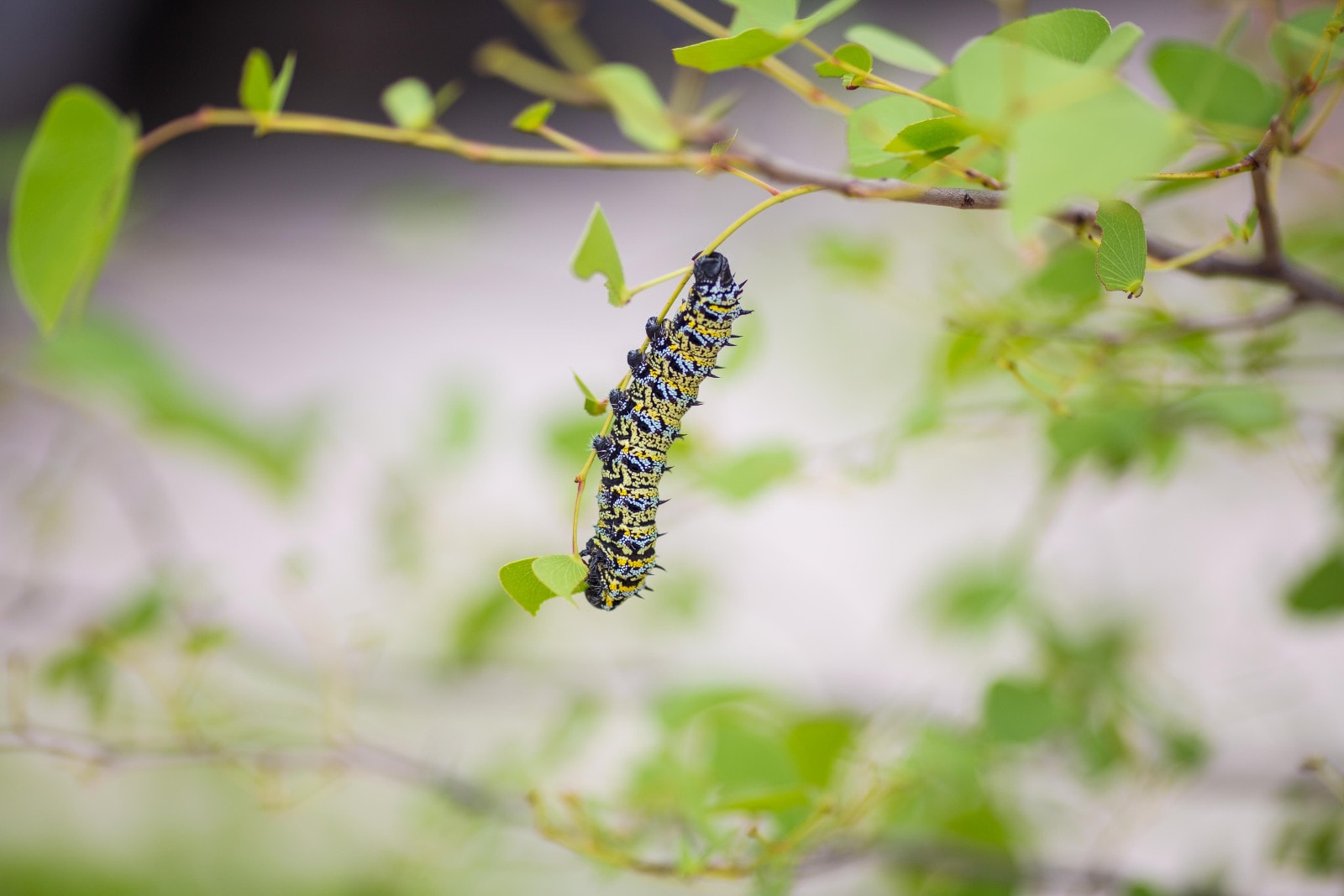 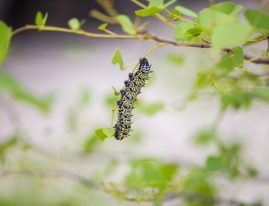 As an arborist, forester, and the former Tree Warden for the Town of Cape Elizabeth, homeowners and others often ask for my thoughts about spraying pesticides to control Winter Moth and Browntail Moth. The question is timely once again, because the Spring spraying season is almost here.

It is important to keep the big picture in mind. Caterpillars are the larval form of moths and butterflies. Caterpillars are the main source of protein for songbirds returning in the spring (as well as an important source of protein for many other forms of wildlife). Birds need the protein to resupply after their long migration, and to support their high energy needs during nest building, mating, and laying eggs. Thus, caterpillars form a critically important component of the environment.

Let’s take a particular look at oak trees. Oak trees are a major host for both Winter Moth and Browntail Moth. When a pesticide spray designed to kill Winter Moth and Browntail Moth caterpillars is sprayed into an Oak tree, the spray also kills the caterpillars of all the good species of moths and butterflies present in the tree. This is especially problematic in the case of Oak trees, because Oak trees support more species of moths and butterflies than just about any other genus of trees.

As a result, spraying pesticides to control tree pests should be used as little as possible, and ideally only in the context of what is referred to as Integrated Pest Management, otherwise known as IPM. IPM uses every tool available year-round to control the past, while holding spraying to a minimum. For instance, in the case of Winter Moth, banding oak trees in late fall is an important control strategy. In the case of Browntail Moth, clipping nests in the spring can be an important control strategy. These are just two examples; there are many other IPM tools available, such as risk management, targeted removal, species selection, etc. When IPM is used correctly, it can reduce the frequency of spraying, reduce the number of trees that need to be sprayed, and maybe eliminate the need for spraying altogether.

This spring, if you have a forester, an arborist, or a commercial pesticide applicator come to your property to review your options, you should be asking not just for a recommendation with regard to spraying, but for a year-round, IPM strategy to fight Winter Moth or Browntail Moth, while resorting to spraying as little as possible.

(Disclaimer: I am not a licensed commercial pesticide applicator, and readers should consult licensed operators for any specifics about a pesticide proposed for use.)