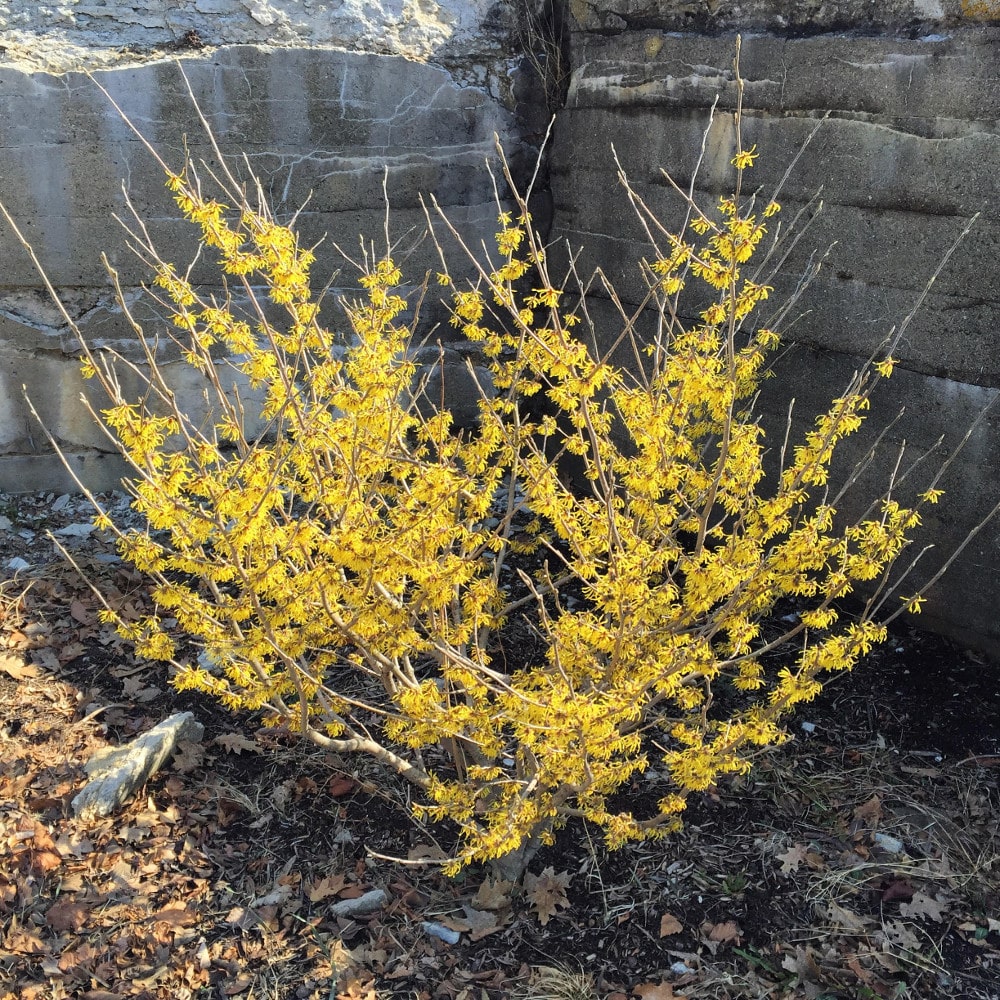 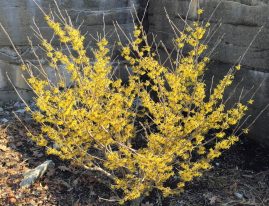 While Fort Williams Park is beautiful year-round, the winter beauty is mostly black and white, featuring snow, stone and tree bark, with the ocean ranging from gray to green to blue in the background.

When I worked full-time in downtown Portland, people would exclaim after a late-winter walk: “I can’t believe the forsythia in Post Office Park is in bloom already,” and I’d gently point out that forsythia was a couple of months away and they were enjoying a witch hazel.

The Fort Williams ‘Arnold Promise’ is in a small concrete V created by the walls of Battery Hobart, easily visible when people walk from the Parade Ground parking lot to the Cliff Walk.

‘Arnold Promise’ is an upright shrub that can grow up to 15 feet tall. The bright yellow flowers are about an inch long, have a reddish cup and grow all along the stems. 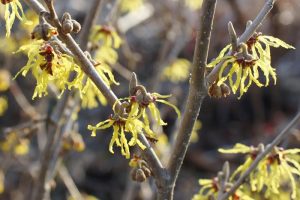 Witch hazels have insect-pollinated flowers, which might seem odd because few insects are flying when the plants are blooming. An article on the Venerable Trees website  says they are pollinated by owlet moths (sometimes called winter moths, but not related to the invasive moths that have been damaging Cape Elizabeth trees for several years) that are active in cold weather.

When desperately hungry bees are fooled by unusually warm temperatures in late February and early March to make their first flights of the season, they are pleasantly surprised to find food in the witch hazel flowers.

The flowers can last up to a month if not hit by unusually high winds or cold temperatures, so visitors to Fort Williams over the next few weeks can celebrate a bit of spring beauty.

‘Arnold Promise’ is not a one-season wonder, and would be good in most home gardens. It is not fussy about soil and wants a lot of light. In summer it has a glossy green foliage, and has attractive orange-yellow foliage in the fall.